I normally don't like to toot my own horn (oh, get your mind out of the gutter... yes, I do THAT quite often!) but I feel that I've been on a roll as of late, and I truly believe that the following caption is extraordinary.

No, it is not explicitly TG, but I hardly think that matters. While I always try to slip in such elements, this one resisted my efforts. It was as stubborn and resolute as the selfsame doll.

I would hardly say that the caption wrote itself, but my muse clearly had her story in mind (even though it took me a while to figure out her intentions). Perhaps the larger picture will reveal MY intentions to make this a bimbo blog (not simply TG) for both male and female visitors.

Those of you who remember my old blog may also remember my fascination with women who share my same core fantasy, such that we start with our own particular gender but arrive at similar end states.

I remain fascinated by this parallel (I know there is a better word out there for it, but it escapes me) and I am more convinced than ever that it does in fact exist. What does it mean? Good question. I was hoping you would tell me.

In the meantime... Enjoy! 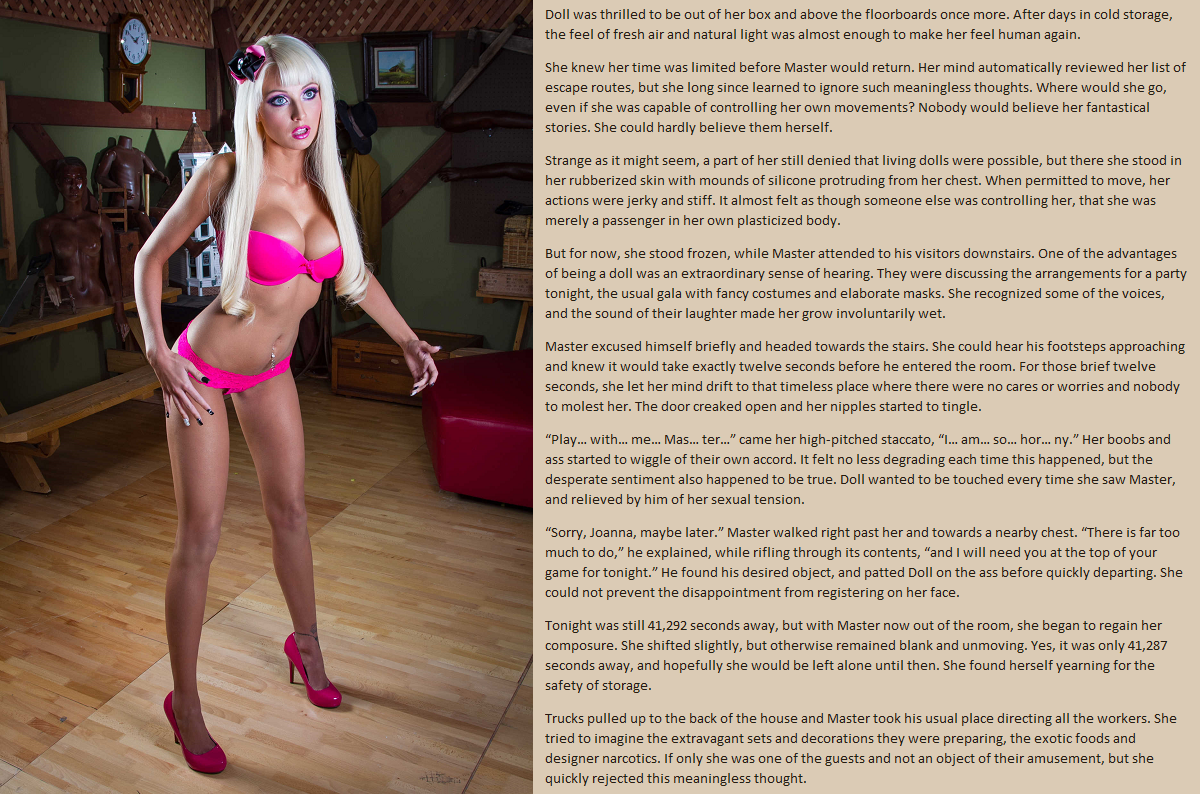