So now we are well in our way into Brenda's Revenge... and it's about time, too! That arrogant Mr Banyon, it's about time he got a taste of his own medicine!

I've been working so hard, I haven't any time or energy for my usual philosophizing, so you will have to make do with the caption itself... scratch that, I do have one thought.

It is somewhat new for me to deal with a story arc, a challenge which I also encountered in the first Mr Banyon story. I am trying to progress the plot, yet make each caption panty-wetting in it's own right.

It is also my intention to make one or two mind blowing twists that totally soak through to your skirt: the so-called "money-caption". I think the first is coming next, with the later hopefully to follow.

I really wish that some of you would tell me how my experiments are going. As I try to make the transition from mere captioner to full blown storyteller, any feedback would be helpful.

Okay, enough of this nonsense... read and enjoy! 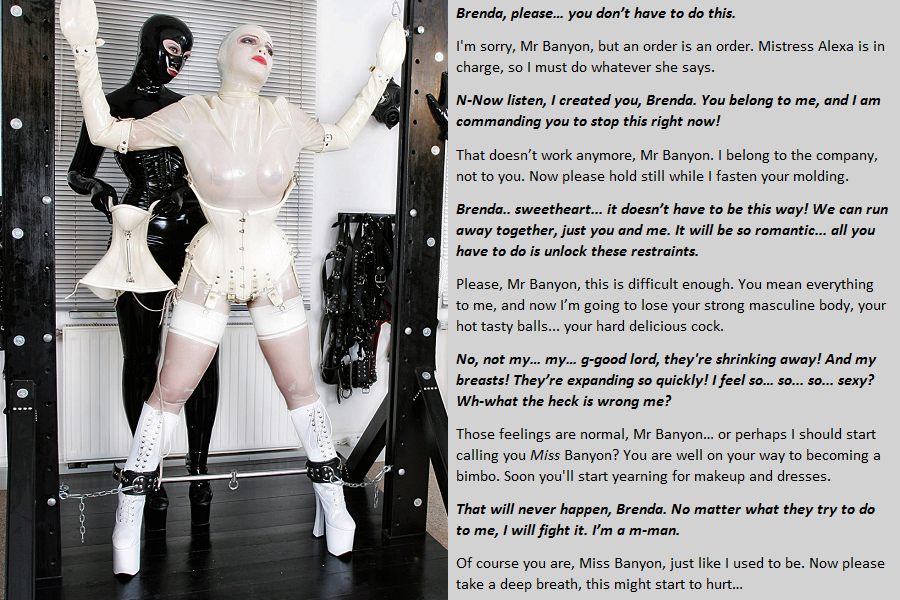